Before Frank Meisler was a luxury brand name it was the name of the world-renowned sculptor Frank Meisler, who created unique and extraordinary sculptures. His life story is a remarkable tale, from a young child who was a holocaust survivor to a guest at Prince Charles’s royal table: 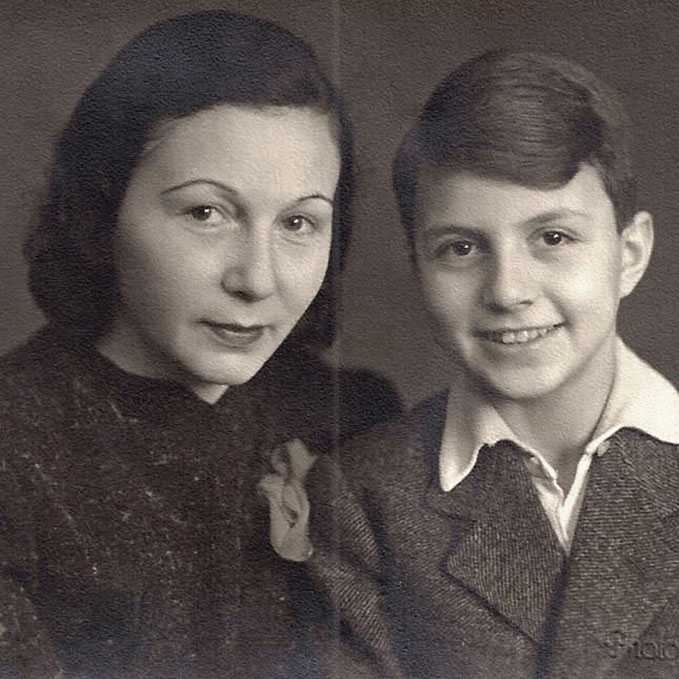 Frank Meisler was born in 1925 in the Free City of Danzig (today Gdańsk) to Meta Boss, his German mother, and Misha Meisler, his Warsaw-born Polish father. His childhood was set in Danzig amid his extended Jewish family. 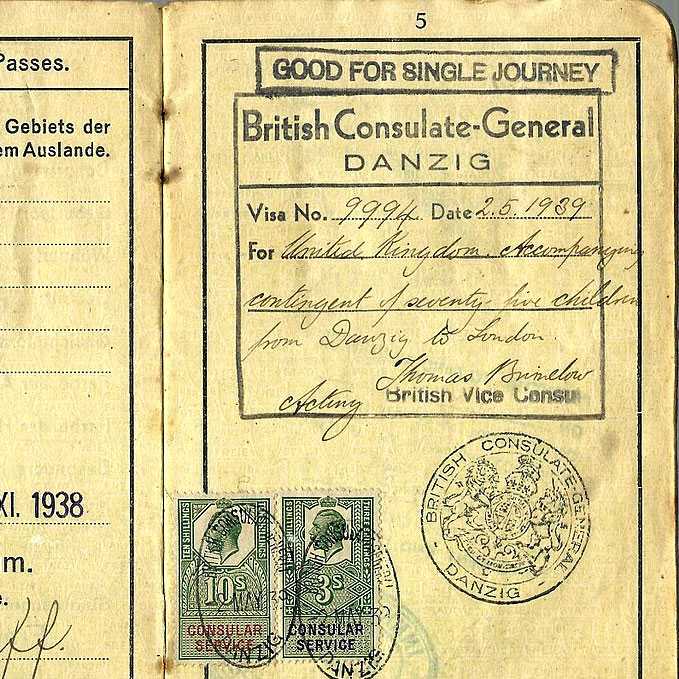 As Nazism expanded, Frank was banished from his German school and later on from his Polish school as well. His father too had to escape Danzig. In August 1939 Frank, at 13 years old, escaped the Nazis as part of the “Kindertransport” rescue mission which saved 10,000 children. After his departure his parents were arrested and later murdered at the Auschwitz concentration camp. 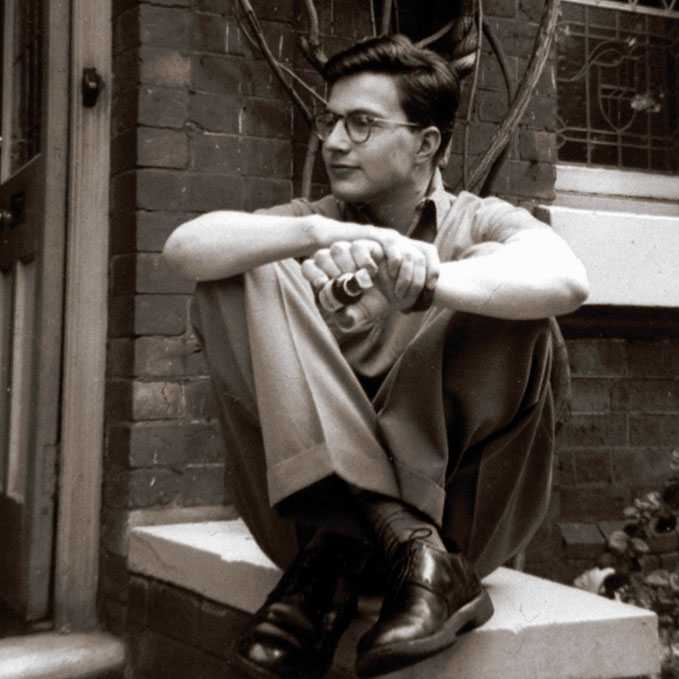 Once accepted by England as officially orphaned, Frank received permission to remain in the country as a refugee. He was raised by his uncles who lived in London, attended boarding school in Harrow, and then at the age of 16 did National Service in the Royal Air Force in the Polish brigade situated in England. Later he studied architecture at the University of Manchester, and was involved in the construction of the Heathrow Airport. 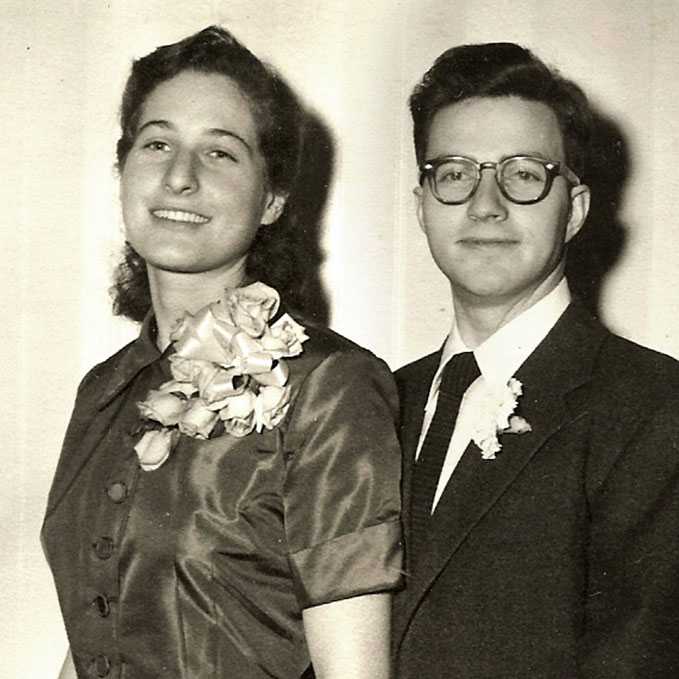 In 1953 Frank married Batya (Phillis) Hochman with whom he moved to Israel and continued working as an Architect. In the 1960’s they moved to Jaffa and in the 1970’s he and Batya opened a studio-workshop and gallery featuring his art. Batya Meisler was the business woman, growing their family business and making it into a worldwide international success. This gallery was a classic family business, managed first by Batya, later by their daughter Michal Meisler Yehuda and today by their daughter Marit Meisler. 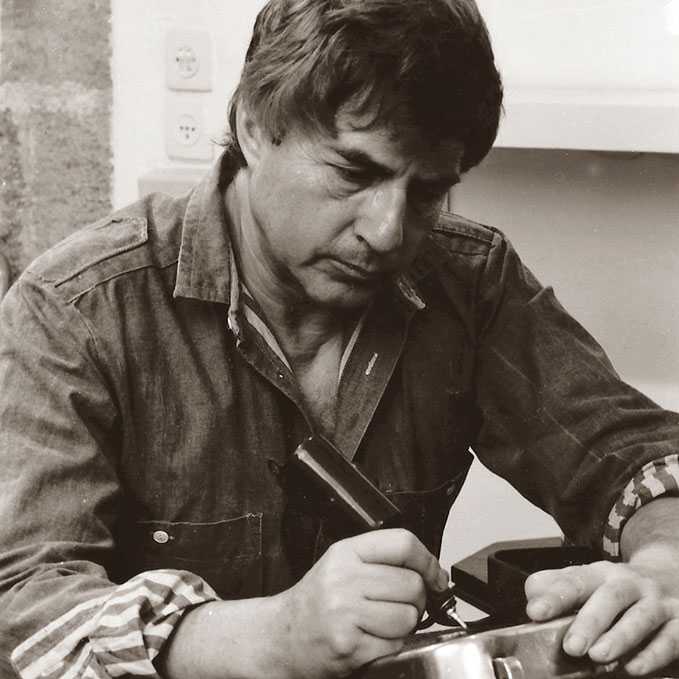 Located in the Old City of Jaffa’s Artists Quarter, Frank gathered a group of professional artists and designers who took part in making his visions come to life. Many of these talented craftsmen still work in the atelier today, developing new designs as well as re-visiting the studio’s classic creations. 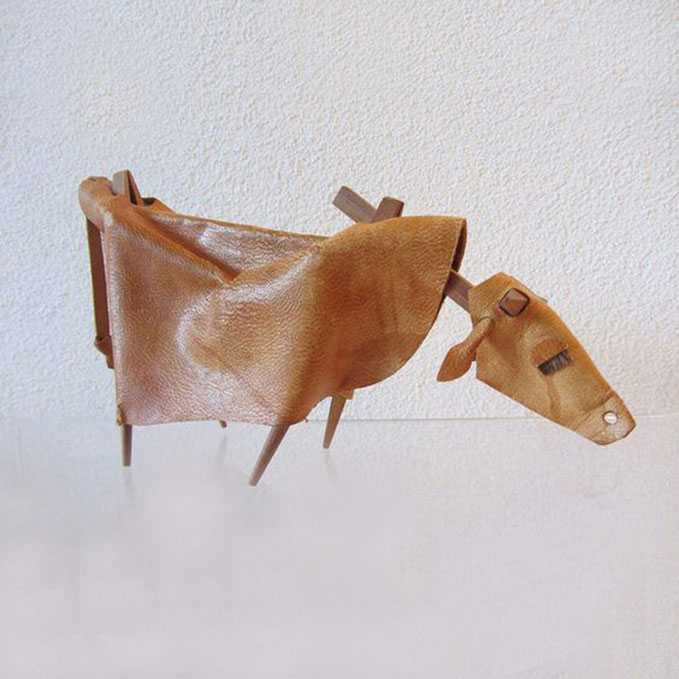 After leaving architecture, Frank chose to create furniture in the form of figures and animals crafted from wood and leather. As his ideas evolved and expanded, he developed a line scaled for home accessories. During the 1980’s, Frank expanded the line’s material, presenting his work in metal. Over the years his style morphed from geometric abstractions of figures, animals, and Judaica, to a more realistic style incorporating gold plating, as well. The sculptures became more versatile. Many included multiple and moveable parts which became a characteristic in most of his designs. 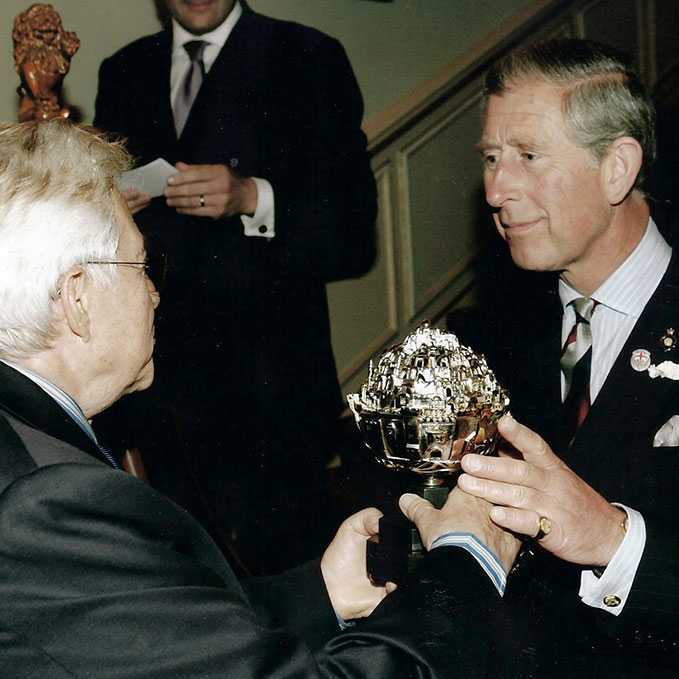 In 2005 Frank was honored with an invitation to dine with HRH Prince Charles, Camila the Duchess of Cornwall, and other dignified guests. He presented the Prince with a Jerusalem sphere sculpture. 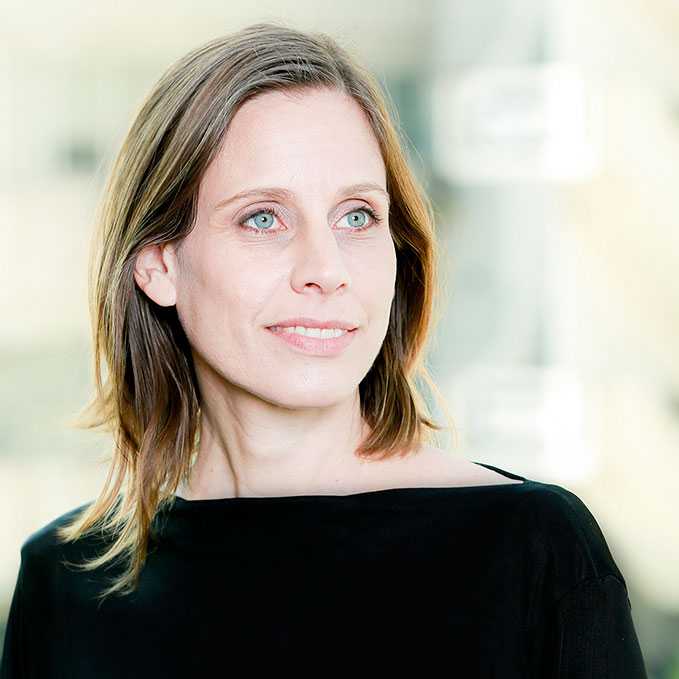 Today the Designer and Artist Marit Meisler, Frank’s daughter, continues his legacy and is the CEO and creative director of the Gallery and the Atelier.

Marit is a graduate of the Bezalel Academy of Art and Design.

Since 2006 she is the owner and designer of ceMMent design studio making contemporary Judaica made mostly from concrete and metal (www.cemment.com).

She was an adjunct professor at Pratt Institute in New York as well as in Bezalel Academy of Art and Design and is presently teaching in the Shenkar College of Engineering and Design. 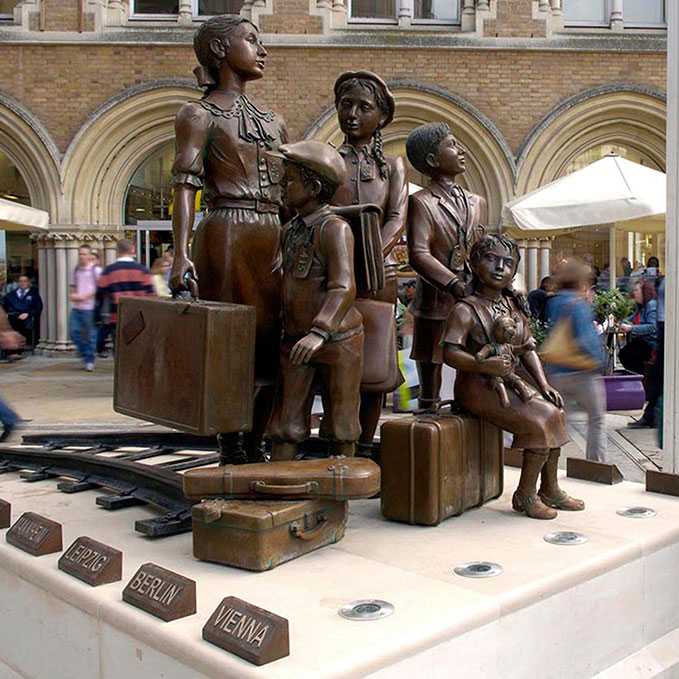 Over several years, Frank was commissioned to create a series of large public Kindertransport memorials marking the children’s long and emotionally difficult journey. The sculptures stand in Danzig, Berlin, Hamburg, Rotterdam and Liverpool Street Station in London. This was his most significant work as it was his own life story. To view all the projects click here. 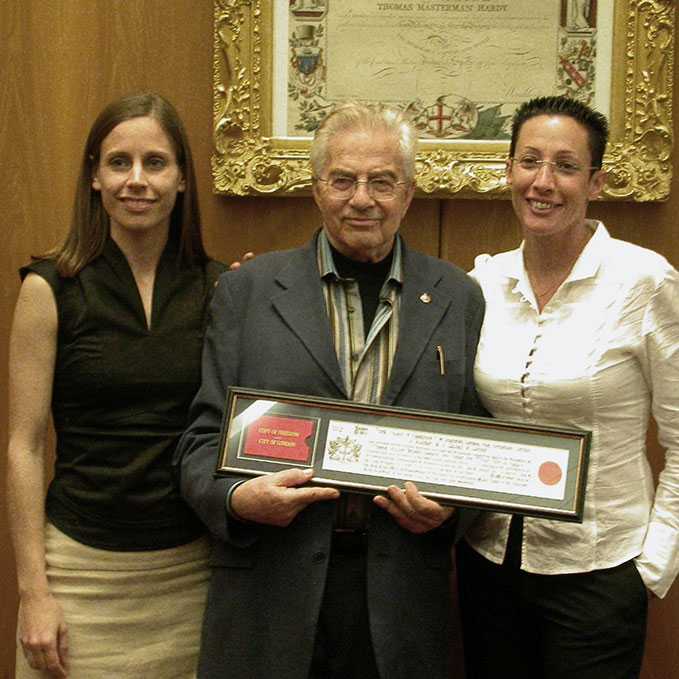 Following the kinder transport sculptures, Frank was awarded ‘The Order of Merit 1st Class of the Federal Republic of Germany’ in recognition of his services to German-Jewish and German-Israeli relations (the highest national degree to a non-German citizen) and ‘The Freedom of the City of London’ honorary award. Previously he was also honored with ‘The Franz Kafka Gold Medal’ and an Honorary Member of both the Russian and the Ukrainian Academies of Art.

In 2018, after his passing, a street sign was placed by the late Mayor Adamowicz in Frank’s home town of Gdańsk on the house wall where he grew up, in the presence of his family and friends. 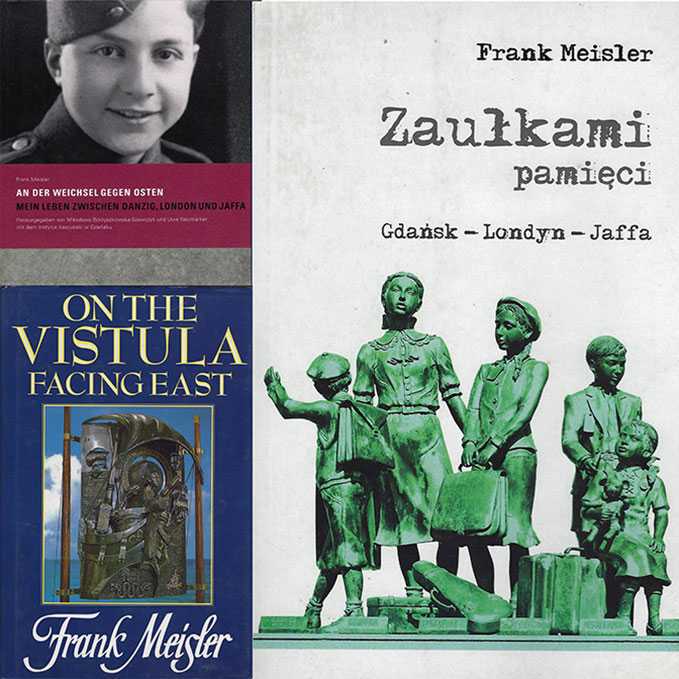 Frank loved reading and loved history. He refused to visit his birthplace until very late in his life. His love for words and storytelling together with the re-processing of his life story led him to publish an autobiography in 1996 called “On the Vistula Facing East“. The book is a story of his childhood memories, full of humor and wit, depicting each significant character from his childhood together with whimsical moments and anecdotes. The book was translated into Polish and German.

In 2008, a movie was made featuring Frank and his work as well as presenting an interview with him in which he describes his inspirations and the ideas behind his art: