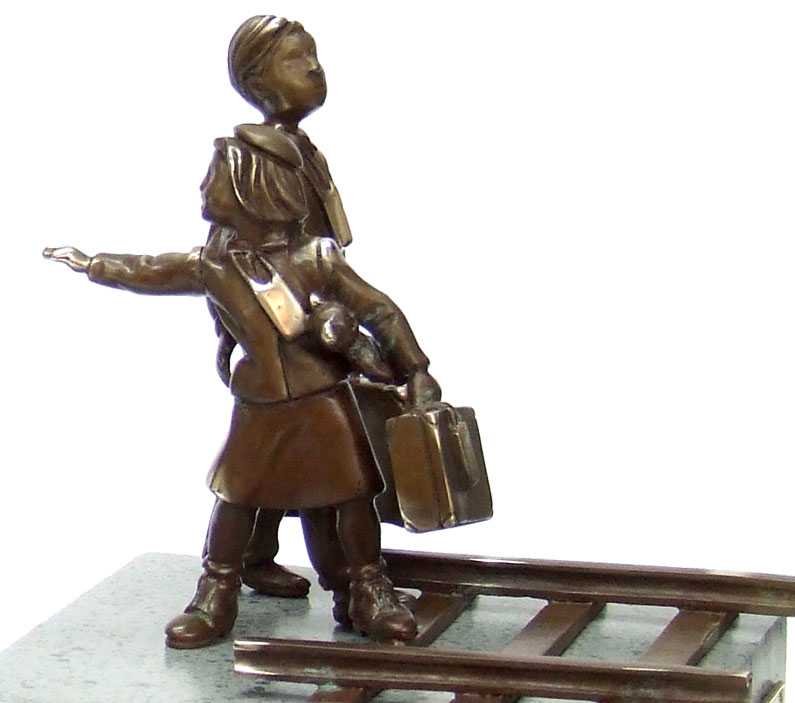 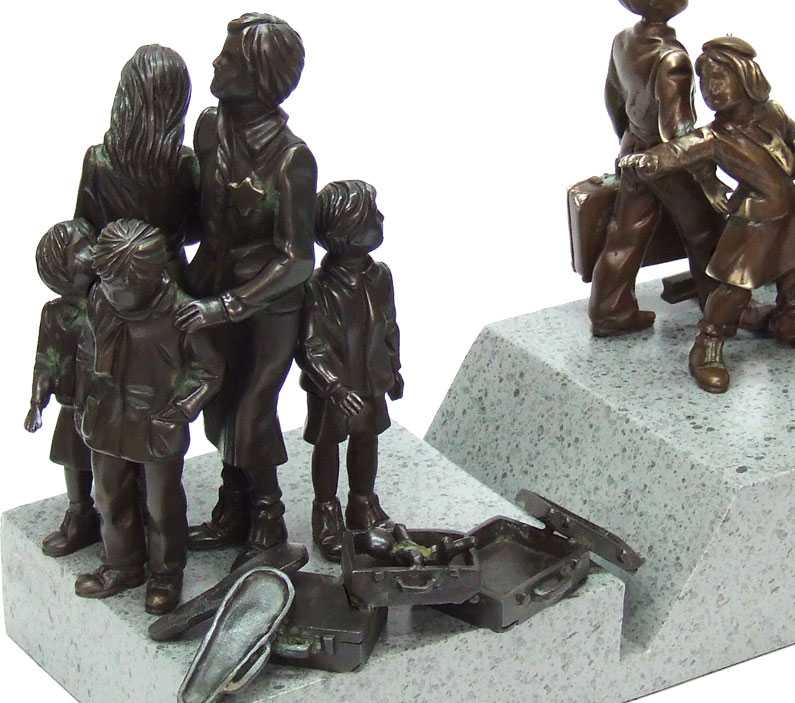 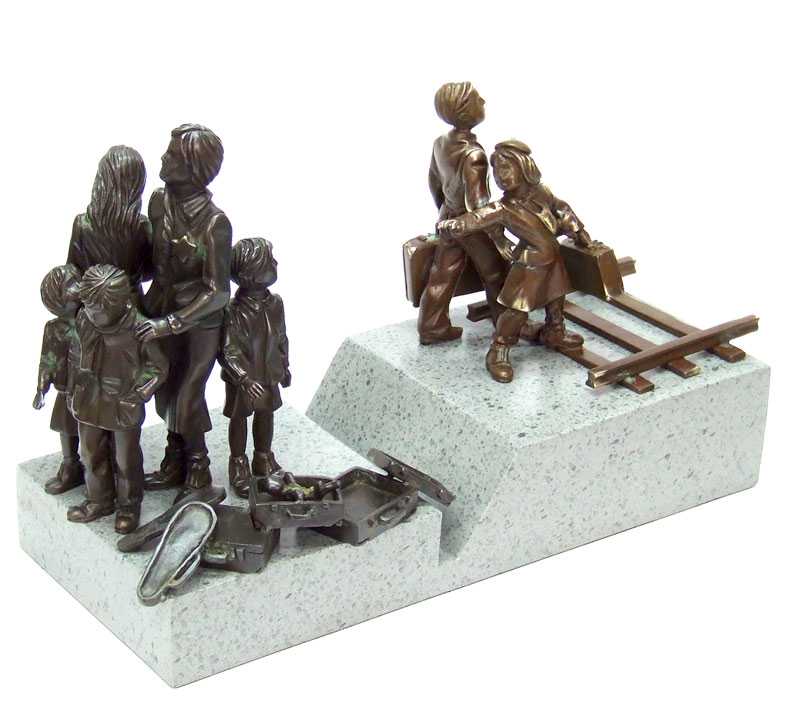 Kindertransport is the name given to the rescue mission that began nine months prior to the outbreak of World War II. The United Kingdom took in nearly 15,000 Jewish and non Jewish children from Nazi Germany, Austria, Czechoslovakia and the Free City of Danzig. The children were placed in British foster homes, hostels, and farms.  In gratitude to the people of Great Britain and in commemoration of the 1.6 million children murdered in the Holocaust, five memorial sculptures were erected along the children’s route to safety. Frank Meisler himself was a «kinder» child. Making the series of Kindertransport sculptures along his own personal route to survival, was very important for him. He considered these monuments his most significant and meaningful pieces of art.