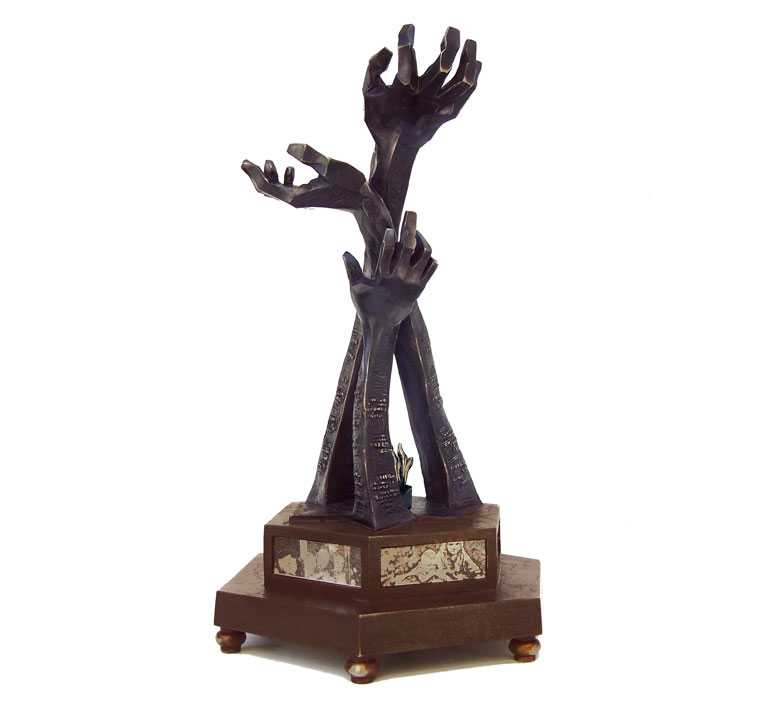 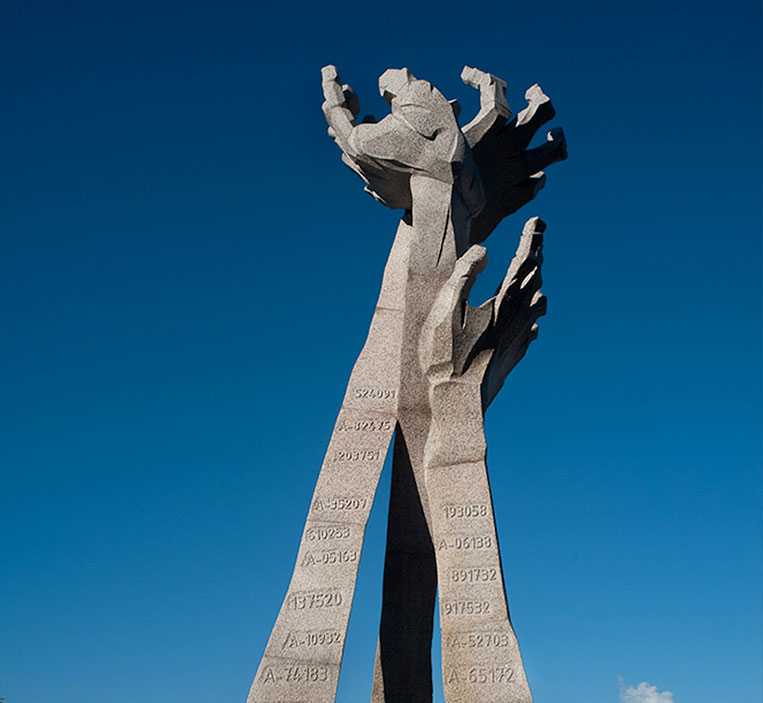 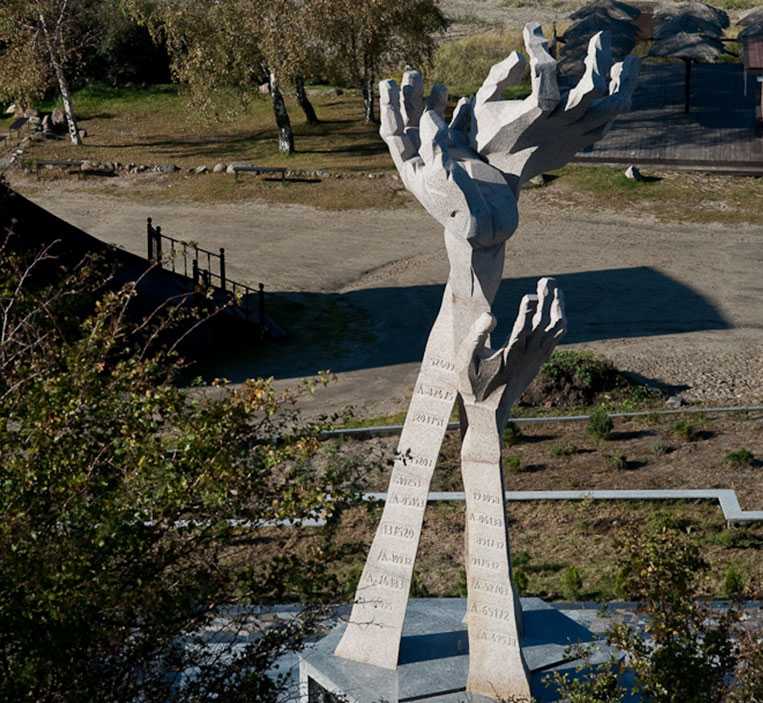 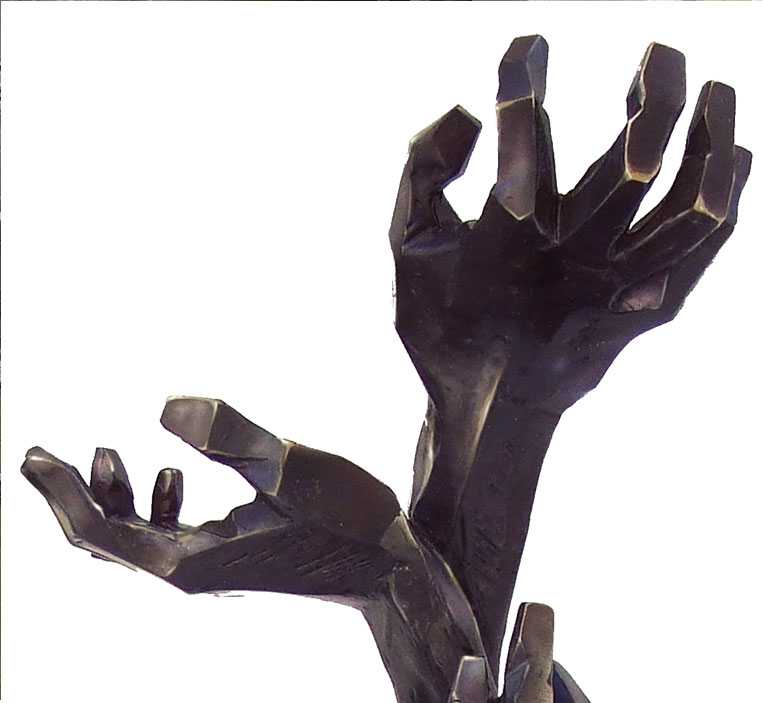 Yantarny (German: Palmnicken) is situated about fifty kilometres northwest of Kaliningrad. A monument and a memorial stone on the beach commemorate the almost 3,000 Jews who were shot or driven into the sea by members of the German SS and their foreign helpers on the Baltic coast on January 31, 1945.

In the 1960s, remains of a mass grave were uncovered during amber excavations. The discovered bodies were thought to be killed Soviet prisoners of war and a respective memorial stone was set up. Only after the eye witness accounts of Martin Bergau from Palmnicken were known did it become clear that murdered Jews had been buried there. On his initiative, youth from Germany and Russia restored the grave in 1999, with the support of the German War Graves Commission and the Russian society »Memorial«. The Jewish community of Kaliningrad erected a memorial stone on January 31, 2000, which displays an inscription in Hebrew and Russian.